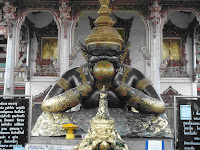 The origin of Phra Rahoo

Phra Rahoo (celestial monster) which causes elipses by eating the sun or moon. Phra Rahoo is a son of Phra Kasayapatep with Mrs.Singhika. Parents of Celestial monster are human but his body is evil giant. Phra Rahoo is a king of giant but is different from other giants because he is immortal. Thus, he is praised from Brahma that is one of god.
When there was a war between gods and giants, Phra Rahoo is always a leader attacking to the second tier of above the earth. However, every time the giants were defeated. But when Indra was cursed to reduce power by great hermit, the giants conquered Indra and gods. Indra and gods were at the end of one's wits. Then, they went to ask for help with Narayana who is god of Milk Sea.
Narayana sugguested Indra and gods to perform stiring Ambrosia ceremony. Regarding to Narayana said, if they drank this water, they would be immortal. However, it was necessary to use power of giants. Indra therefore lied giants that they would share a half of Ambrosia water.
Giants believed and came to the stir ambrosia ceremony that began at Milk Sea. Mantorn Mountain was stir ambrosia tool. Many gods and giant looked for immensely herbal medicine from 3 worlds to put in Milk Sea.
After that, they used Serpant Naga (Wasukree Naga) instead of rope and spin mountain until herbal medicine and water in milk sea become Ambrosia water.
The dragging of rope, gods were in the end of Wasukree Naga, but giants were in the head of Wasukree Naga. Wasukree Naga got suffering. It could not bear and it blew poison which giants are danger.
Phra Rahoo was one of wounded giants, but he has tolerance for succeeding. He was very angry but was patient to be immortal.
As time go by, Wasukree Naga blew many of acid poison. Nobody can not resist. All of gods and giant run away from there. Acid poison is going to burn all of 3 worlds.
Siva appeared himself. He opened his mouth and swallow acid poison.
Acid poison is dangerous toxicity. Siva’s neck became black and all chaos has been stopped.
Narayana invited many of gods to drink ambrosia. Celestial monster impersonates a Brahman to share drinking ambrosia which nobody suspects him. Then, he could drink ambrosia too.
Sun and moon are not satisfied in what Celestial monster did. Narayana therefore pitch his discus to cut Celestial monster’s body into 2 parts. But, the power of ambrosia help Celestial monster to be alive.
As a result, Celestial monster were angry at sun and moon very much. He tried to swallow them. However, they can get themselves free from Celestial monster because celestial monster had only half of body.
Thus, the revenge of Celestial monster is the cause of solar eclipse and lunar eclipse.
Phra Rahoo is believe to worship for remove or eat or clear ALL evil or remove bad thing.
at July 23, 2007 No comments: 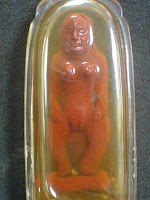 This are the 2 special amulet i have help my friend o find specially.
One is for love, while the other is for luck and other purpose.
quite busy recently, just back from overseas.
Will find time to write more....
Happy viewing..... 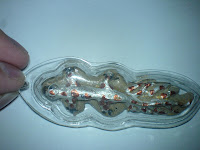 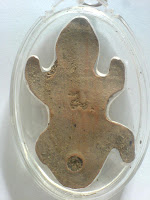 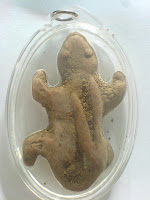 Is this a legend or do this kind of lizard really exist? Well, the thai has been prsy to this 2 tail lizard for wealth and luck. Click on the photo to enlarge it, this amulet i mange to get from a thai friend, believe to buried in the ground of the temple for more than 70 years.
at July 01, 2007 No comments:

Need not further introduction. The famous Lust oil thai amulet. Feedback by a female buyer after using on a lover who she likes.   Contact :...

Me and Aj nikom 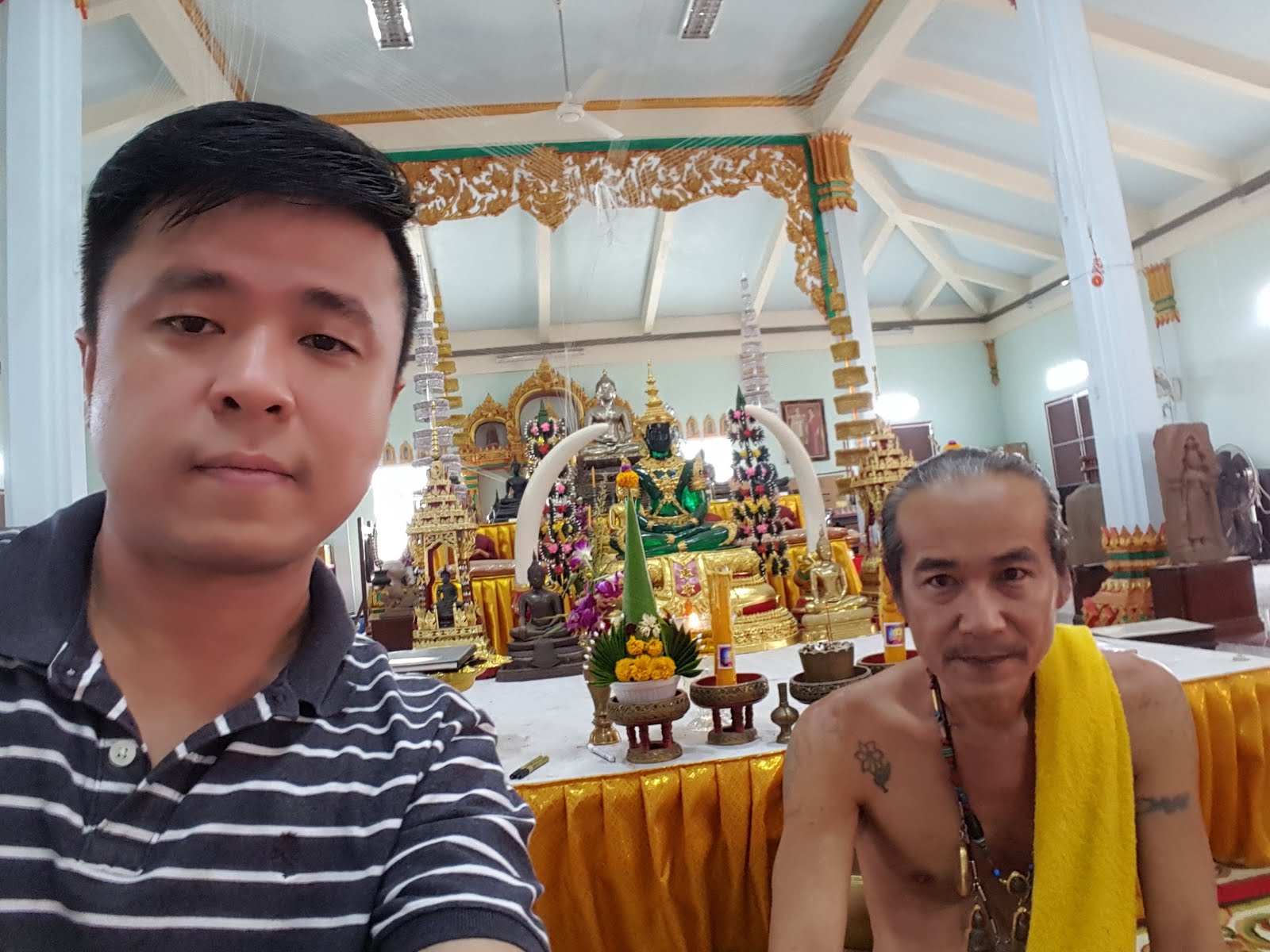 Nayan
The reason why i decided to start this blog is because i believe there is a lot of people in this world who also has interest in amulet especially thai amulet. I believe the orign why amulet is created is to help people who is in trouble or in need. Now, sad to say that times has changed.... I decided to travel to thailand myself, to explore and find out more.... This blog will be telling my experience with amulets....

Me and LP Niam

Me and kubra Noi

Me and 1 of the highest ranking Monk

Me and LP Sawat

ME receive blessing from Kubra Qiaoma

My name is Nayan. Welcome to my blog on Magical and information on Thais amulets. Sit down, relax and hope you enjoy reading it.
My email address is helpyoucharm@gmail.com.
http://search.ebay.com.sg/_W0QQsassZnayan992007QQhtZ-1
May The world have Peace.
Namo Buddhaya.

IS THE AMULET YOU ARE WEARING AUTHENTIC?

Book mark My Blog to your Favorites